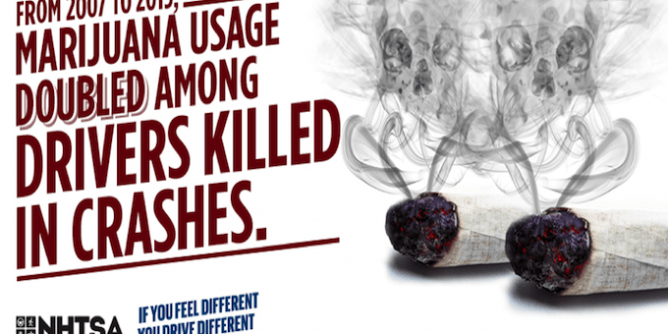 The Mar-Mac Police District and Iowa law enforcement officials have announced they will conduct a Drug Impaired Driving specialized enforcement campaign throughout the state April 19 and 20.  Drive High, Get an OWI is an intensified effort to fight drug-impaired driving in correlation with the 4/20 ‘holiday.’  Similar efforts are occurring across the region in Kansas, Missouri, Iowa, Nebraska, and Oklahoma.  Up and down the highways of these states, officers will be arresting anyone caught driving impaired.

During the Drive High, Get an OWI effort in Iowa, officers will intensify enforcement of the state’s drug-impaired-driving laws. Like drunk driving, drug-impaired driving is illegal in all 50 states, Puerto Rico, and Washington DC. Law enforcement will stop and arrest anyone caught driving drug-impaired.

It is never safe to drive impaired.  This not only means refraining from drunk driving, but also from drug-impaired driving.  Many people wrongly believe that driving while high won’t affect them.  It has been proven that THC – the chemical responsible for most of marijuana’s psychological effects – slows reaction times, impairs cognitive performance and makes it more difficult for drivers to keep a steady position in their lane.

The bottom line is this: It doesn’t matter what term is used, if a person is high, stoned, wasted or drunk, he or she is impaired. Driving while impaired by any substance is illegal and can be deadly to the driver and other road users.

Please remember: never drive while impaired by any substance, including a new prescription drug or a higher dose of a current prescription drug.  Do not drive until you know what effect it has on your judgment, coordination, and reaction time.  Any effect could impair your driving ability.  Certain medications may not impair you on their own, but if taken with a second medication or with alcohol, they may cause impairment.  Any form of impaired driving is illegal.

There are many resources available to get home safely.  Plan ahead and designate a sober driver.  Use public transportation or a rideshare service.  Download NHTSA’s SaferRide mobile app, which connects those in need of a sober ride with a taxi or friend to pick them up.  For more information, visit www.nhtsa.gov.